Anyone who knows me knows I don't care for seafood.  It's not that I don't WANT to like it, but when and where I grew up (Kansas in the 60's and 70's) it simply didn't exist - at least not in our family. I just never developed a taste for it.

My wife however, is a different story. She mainly sticks to a vegetarian diet, but sometimes she wants seafood. Just because I don't eat it doesn't mean I won't make it for her. This is one of her favorites and I can't actually vouch for it since I won't eat it, but she swears it's better than any lobster you get in a restaurant - even the ones on the shore with the freshest ingredients possible.

I believe it's a combination of the method of cooking and the stuffing itself (which she swears by). Again, I don't eat it so I can't personally vouch for it but I have to believe from how much she enjoys it that it must be pretty good. She also says that the same stuffing is fantastic in baked stuffed shrimp as well.

So, if you like baked stuffed lobster and have never attempted to do it yourself, here's your chance!

*NOTE: You can use any type of seafood you like. My wife likes calamari so that's what we generally use, but you can chop up scallops, shrimp, etc. 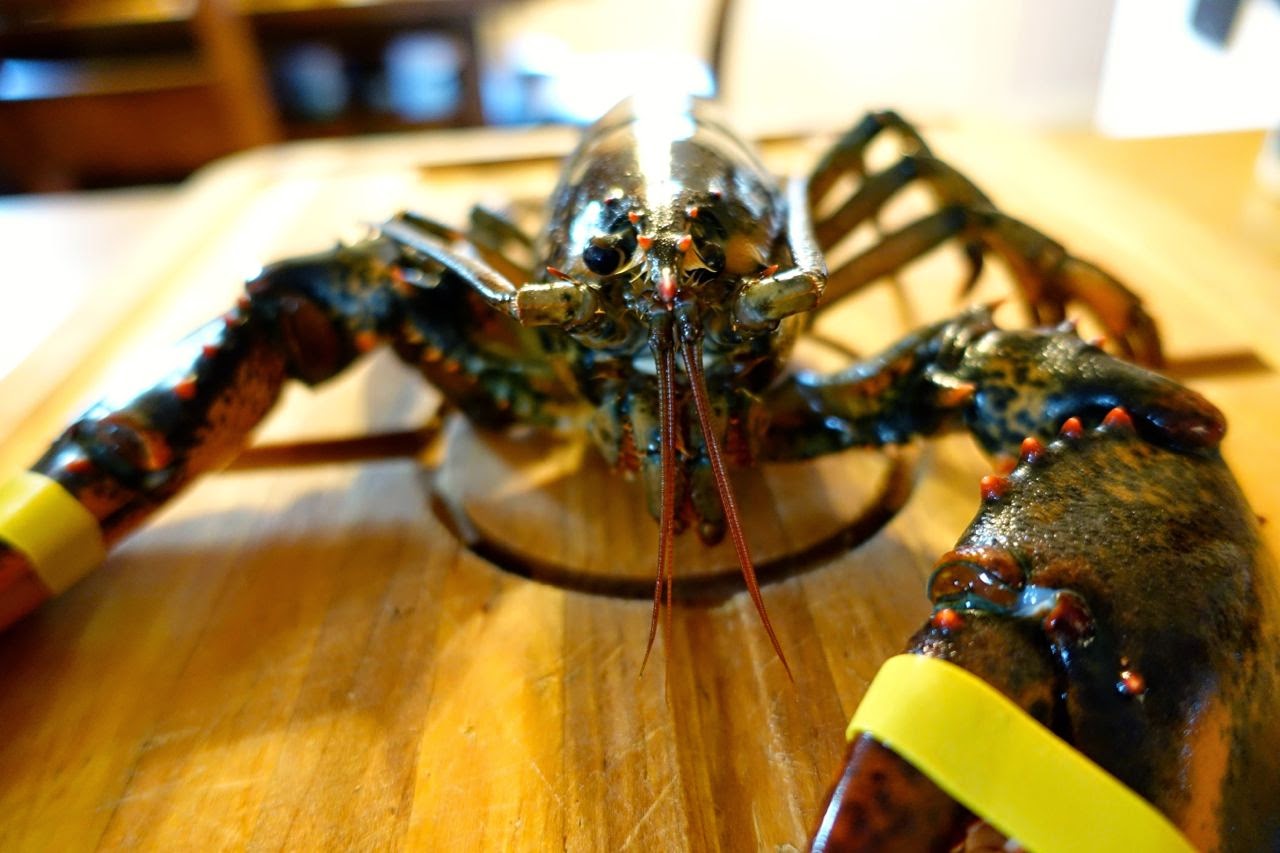