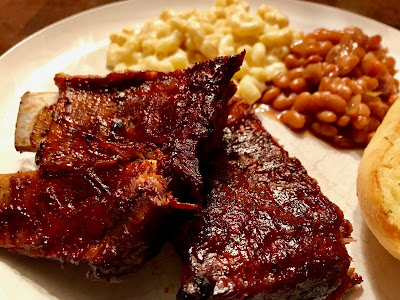 Before I go any further, I need to clarify something.  I have a smoker - multiple smokers actually.  I also have multiple grills.

So, you may (rightfully) ask, why am I cooking ribs in a crockpot?

Excellent question.  There are multiple parts to the answer:
Also, since I have a small BBQ sauce company on the side, I'm frequently asked by customers how they can make ribs to use our sauces and rubs WITHOUT a smoker.

This is one way to do it.  I know there are several recipes out there.  Some use root beer, some use Dr. Pepper, yet others use fruit jams.  This one uses apple juice.  Oh yeah, and BBQ sauce.

Of course, I'd love you to use my BBQ sauce, but the truth is that any sauce you like will work.  If you should want to try our sauce, you can find it here.

And for the inevitable question, do they taste as good as using a smoker?  In my opinion, no.  BUT (and it's a huge but) you can make them without having to invest in an expensive piece of equipment you may have no interest in or no place to put.  They also have the advantage of being very good, simply without the added smoke flavor.

Now, on to the recipe. 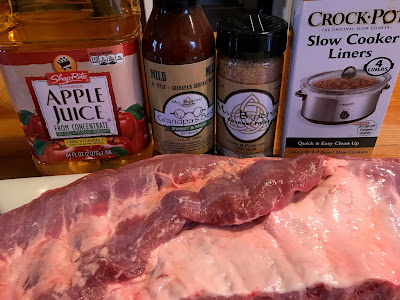 *If you prefer, you can use salt and pepper instead of a rub.  Simply sprinkle however much you'd like on both sides of the ribs in place of the rub.

Posted by Gary McNeff at 6:57 PM No comments:

Email ThisBlogThis!Share to TwitterShare to FacebookShare to Pinterest
Labels: Barbecue, Entrees, From Coupons to Cuisine, Pork 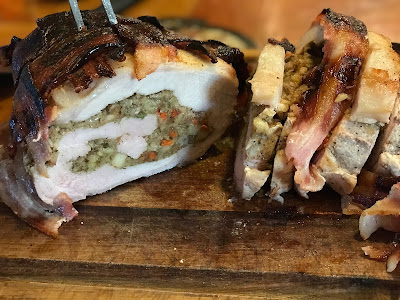 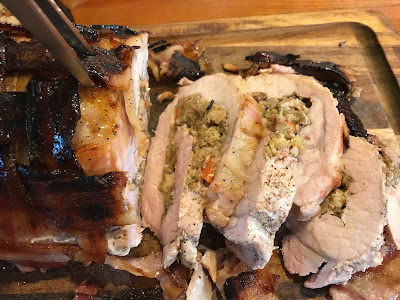 We love Asian foods and many of the "fusion" styles that have come out lately melding different styles of cooking.

We also happen to love a chain called P.F. Chang's.  One of their "signature" appetizers is something called a lettuce wrap.  If you've been to P.F. Chang's, you likely know exactly what I'm talking about.  The taste is fantastic. They are somehow both light (because of the lettuce) and filling at the same time.

We wanted to try these at home and this is what I have come up with.  It's not an exact duplicate, but it is very close.  It also satisfies those cravings we sometimes have without having to spend a lot of money.

I have made it with both ground chicken and turkey and can't really tell the difference between the two, so either will work.

If you love these like we do, or if you just want to give it a try you will be surprised at how simple this is.  It's one of the simpler recipes I've ever written up and just takes a few minutes to make. 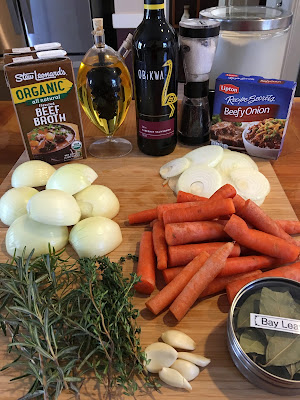 Posted by Gary McNeff at 6:23 PM No comments: